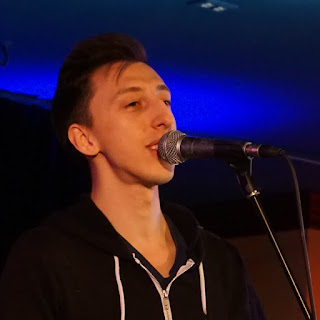 Music has enveloped his life from the start. Mike was involved in concert band and chorus as a kid. He slept with the radio next to his head. As an adult Michael has performed in the hard rock band Theica, acoustic duo Oceanic Melody, folk punk duo A Pair Of Unpleasant Gentlemen, and since 2018 as a solo artist. He and his bands have played venues like the Kings Rook Club in Erie, PA, Tralf Music Hall in Buffalo, NY, Gypsy Parlor in Buffalo, NY the Free Times Café in Toronto, Ontario, and Irene’s Pub in Ottawa, Ontario.

My solo E.P. “Thoughts” is available on Bandcamp, Spotify, Amazon music, iTunes,YouTube, and other popular outlets.

On March 26, 2021 an album where local Buffalo musician's covered each other's songs was released with the help of Music Is Art. My song "Siren of the snow" was covered by Devin Mullen. I covered Kerry Fey's song "Can't breathe". This album was a true pandemic project. We sent tracks and stems back and forth. Lent each other gear. Recorded songs in a variety of unusual locations. Then put all the pieces together into a fantastic album.

What's new in 2022? Good Neighbors Vol. II was released on June 13th. My songwriter friends and I teamed up into pairs. Each pair worked together to write a new song. In April we tracked everything at GCR Audio in Buffalo, NY. Devin Mullen (from Anxious Kids Make Good People and Snow Cricket) and I wrote a tune called "Underdog". Josh English played drums for us in studio. A documentary was filmed during the entire ordeal. 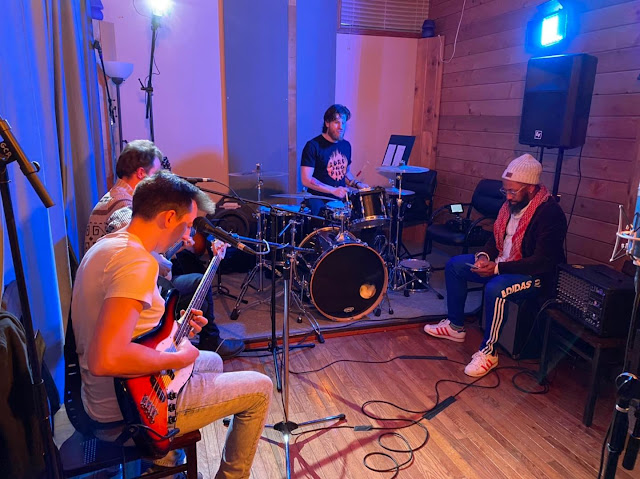 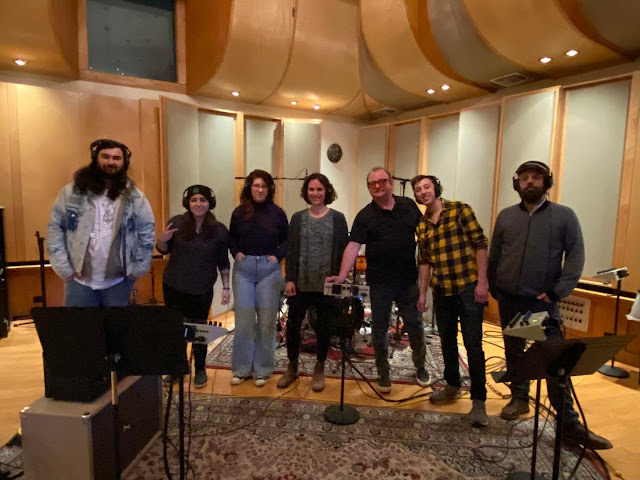 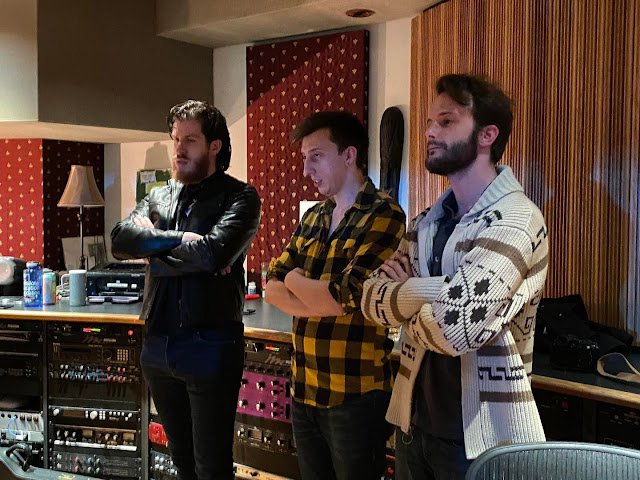 Other fun bits about me:
* I have a career in Broadcast Engineering. Been keeping commercial Radio and T.V. stations on the air for over 12 years. Absolutely love what I do.
* Total gear nut. Always tinkering with my home studio or repairing guitar amps. Browsing local music stores for hidden gems is a hobby.
* My camera goes with me everywhere. I have a passion for photography and videography.
* Proud owner of 2 fuzzy orange cats. 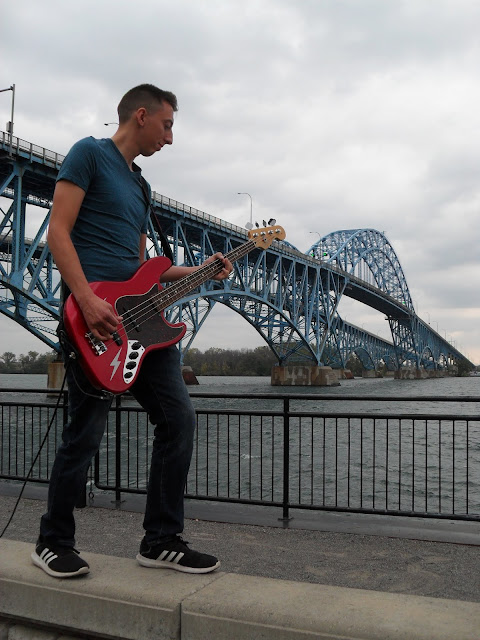 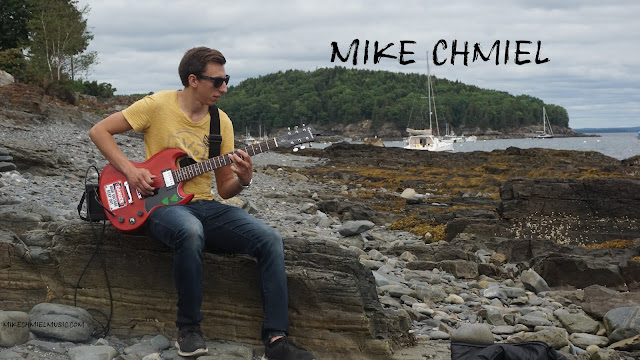 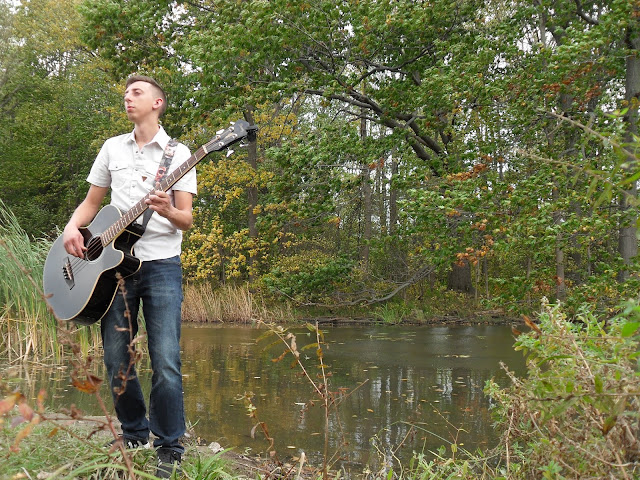 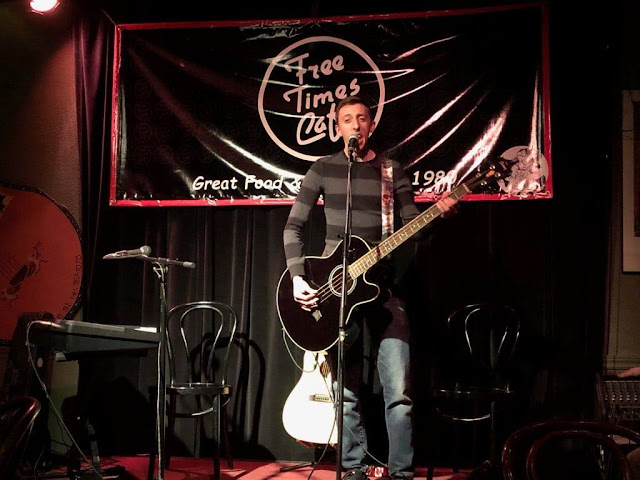 My bands past and present:

When I was 19 my friends and I got together and formed the hard rock band Theica. We started off like any other group, playing covers at parties. One day our front man Matthew Hochadel decided to show us some lyrics he wrote. It was at that moment we discovered the unshakeable urge to write and perform our own music. When we played songs we had created, there was so much more magic and energy. Since 2008, the band has played shows and festivals all over the Western New York and Western PA. The Music Is Art Festival has been one of our favorites to perform at.  In 2019 we independently released our first album “Nowhere Road”. It was recorded at the well known and loved studio, GCR Audio in Buffalo, NY. I've since retired from the band to focus on my solo project and collaborating with Joe Gibson. 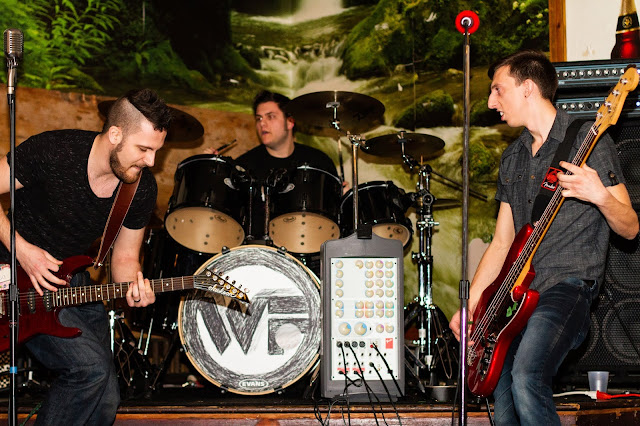 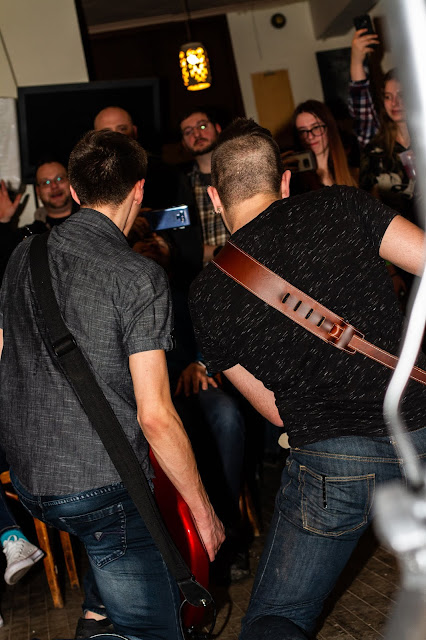 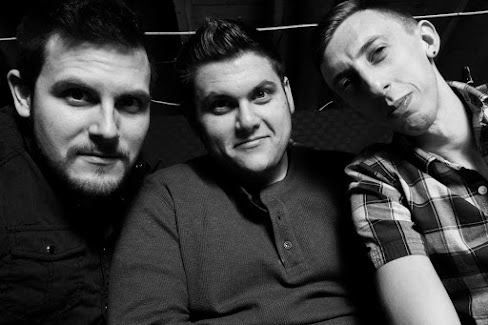 In the mid 20-teens I temporarily relocated to Erie, PA and joined Matthew Teleha in his band Oceanic Melody. Our set was a combination of acoustic covers and songs Matt had been writing about personal experiences. He really helped me improve as a bassist and encouraged me to start writing my own songs. We enjoyed playing the now defunct Crooked Eye, also defunct Erie Alehouse, The Oasis Pub, PACA, The Brewerie At Union Station, and the Kings Rook Club. I left the band when I made my return to Buffalo.
You can still check out Matt’s music at http://oceanicmelody.bandcamp.com 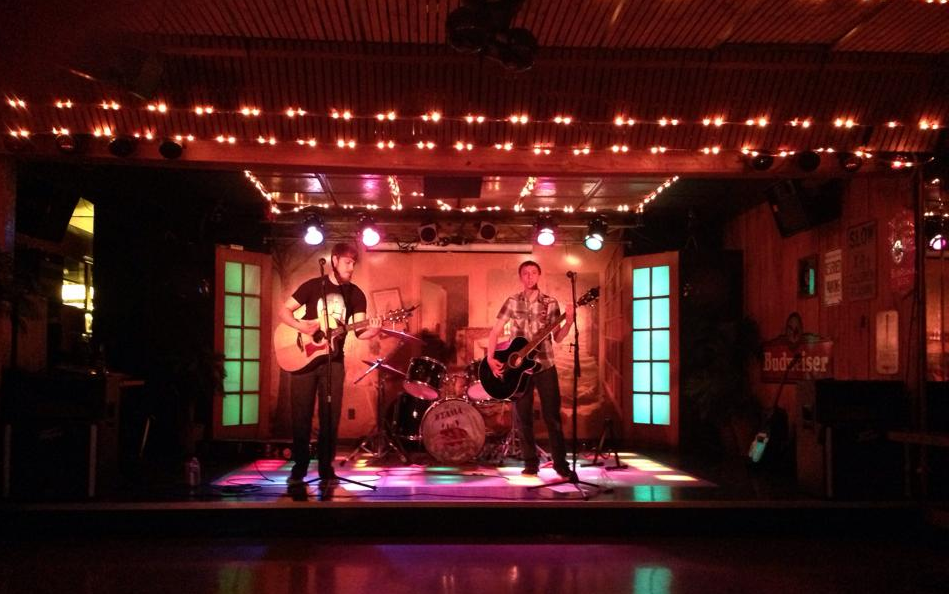 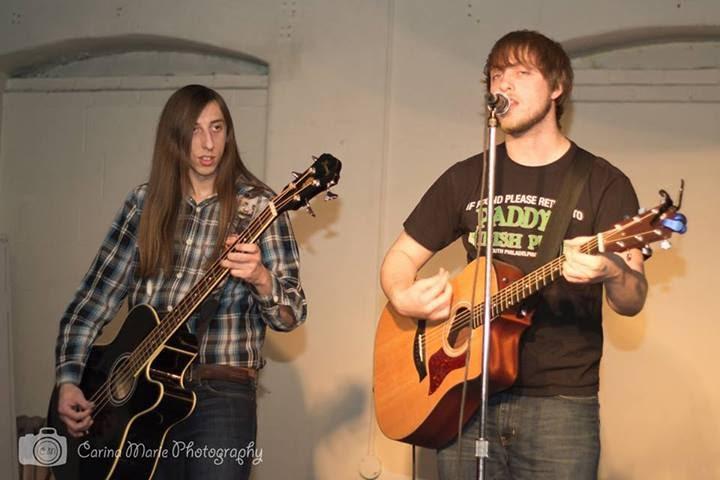 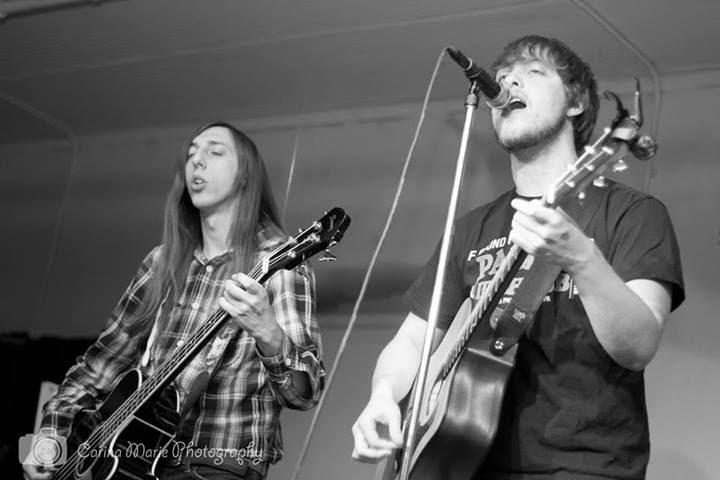 In 2019 I reconnected with my longtime friend Joe Gibson. He introduced me to the world of folk punk. We began playing regularly as A Pair Of Unpleasant Gentlemen. (Also known as A Couple Of Fucking Assholes) As a group we enjoy folking up some covers of Pat the Bunny, Neil Young, Bob Dylan, and any other artist we adore. The challenge of re-arranging songs for the mandolin and the bass keeps our chops fresh. As many fellow musicians dealt with the woes of trying to make music during the pandemic, we decided to record our first original song, What Are We?, on the sidewalk. The song takes place in Buffalo, NY’s Allentown village. There are plans to continue writing new songs. We’ve played at traditional and non-traditional venues. From outside Revolver Records Elmwood to the cozy atmosphere at Daily Planet Coffee Co. to the chill atmosphere of Leonard Oakes Winery, we find folks who enjoy our quirky blend of music. 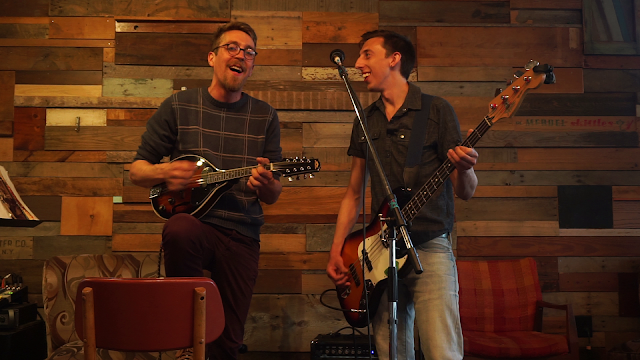 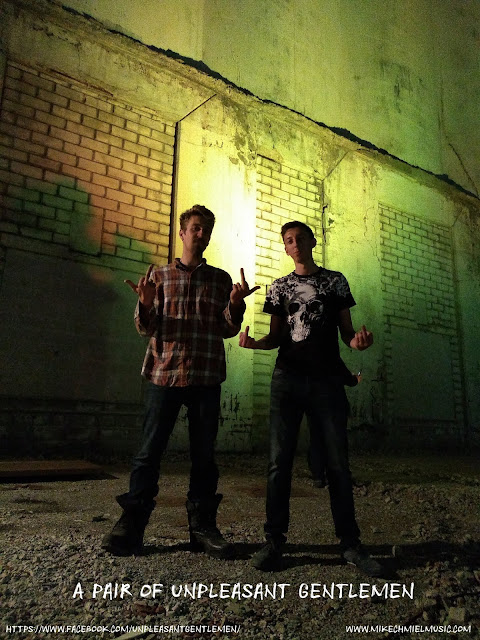 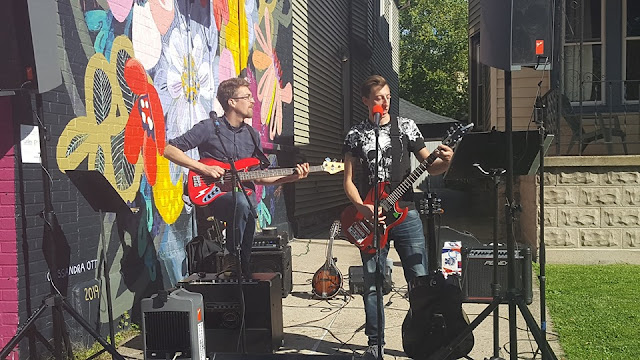 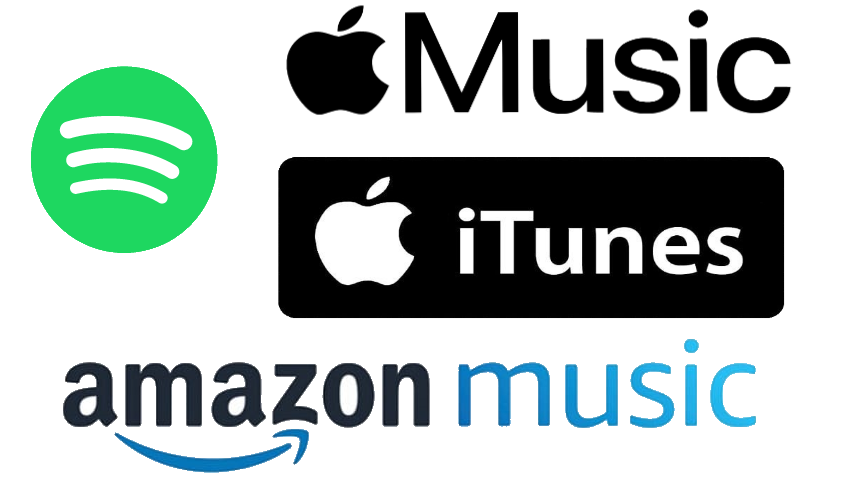 Listen on your favorite streaming app.